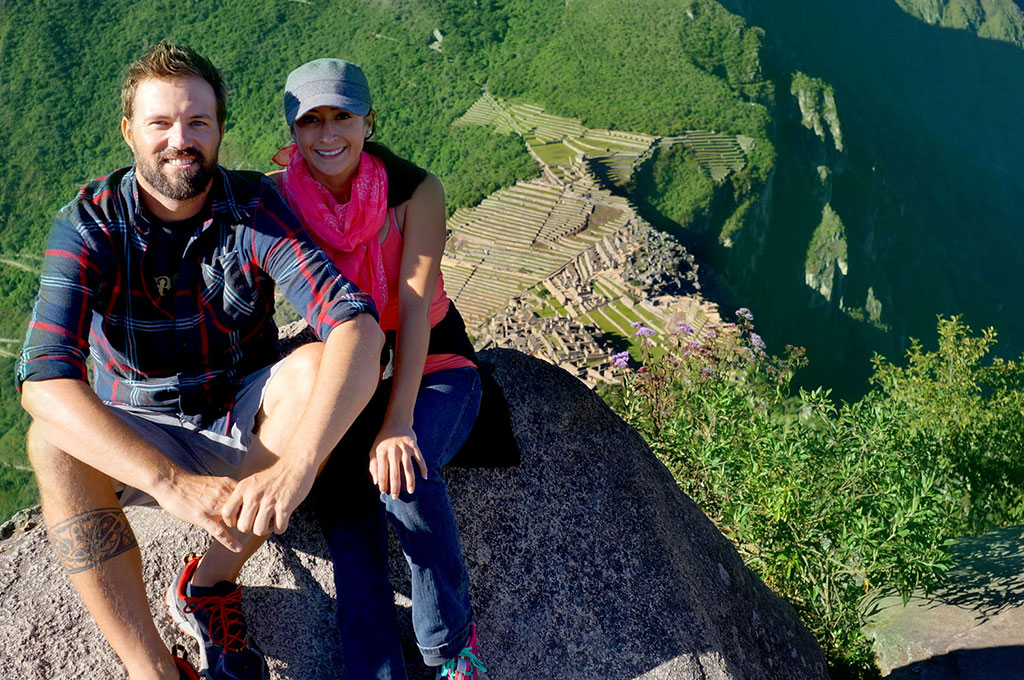 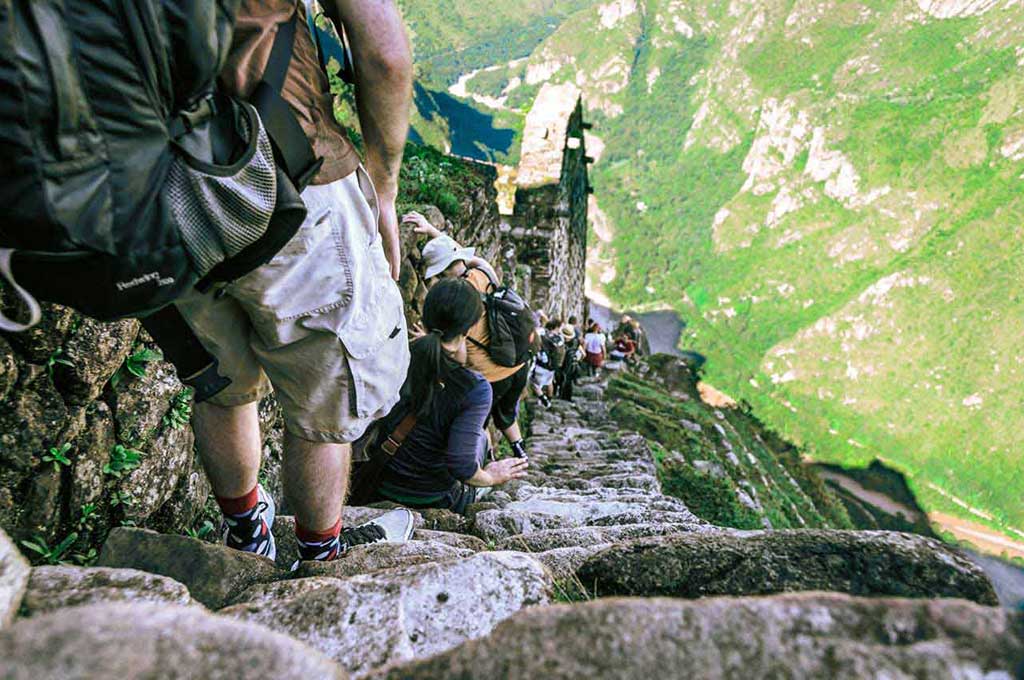 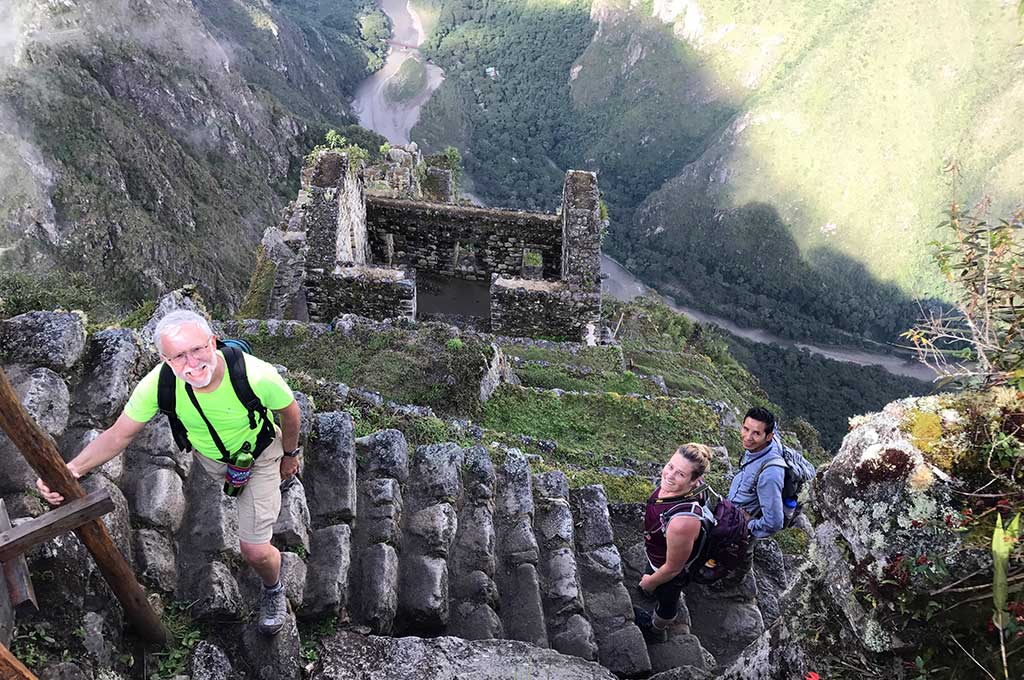 View of river from Huayna Picchu 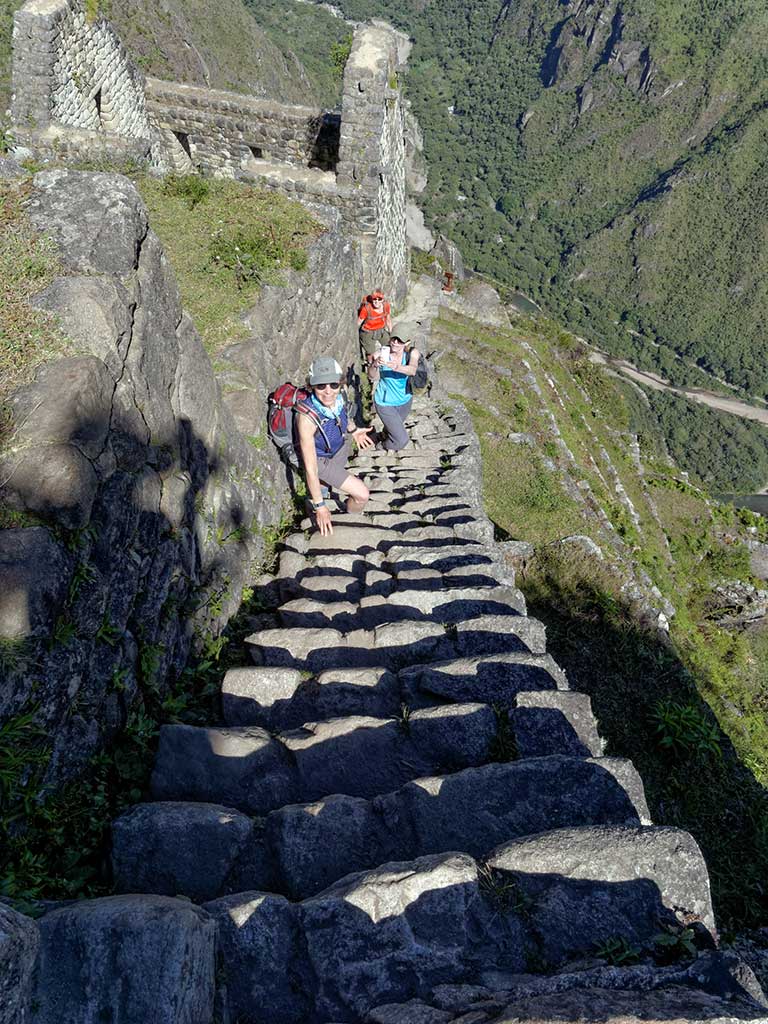 According to local guides, the top of the mountain was the residence for the high priest and the local virgins. Every morning before sunrise, the high priest with a small group would walk to Machu Picchu to signal the coming of the new day.

Huayna Picchu is one of the most in-demand additional hikes available and it may be visited throughout the year, but the number of daily visitors allowed on Huayna Picchu is restricted to 400. A steep and, at times, exposed pathway leads to the summit. Some portions are slippery and steel cables (a via ferrata) provide some support during the one-hour climb. The ascent is more challenging between November and April because the path up the mountain becomes slippery in the rainy season. Better conditions for climbing can be expected during the dry season, which runs from May to September.

From the summit, a second trail leads down to the Gran Caverna and what is known as the Temple of the Moon. These natural caves, on the northern face of the mountain, are lower than the starting point of the trail. The return path from the caves completes a loop around the mountain where it rejoins the main trail.

After signing in at the warden’s hut (passport number and name required), the Huayna Picchu Trail follows an undulating path for 15 – 20 minutes until the trail splits. The upper path continues to the summit of Huayna Picchu, and the lower trail continues around the base of the mountain to the Great Cavern and the Moon Temple before climbing a steep incline to the summit.